Tips to Write Faster for Nanowrimo

NANOWRIMO IS UPON US!! *writers flee to their keyboards in panic*

This is my third year doing Nanowrimo. Hopefully this year I will actually succeed. (November is one of the busiest months of the year for me. Couldn’t this be done in January or something?? Read about last year’s episode.)

And while I may not have succeeded yet, I do know how to write quickly. Last year I wrote fast for 20 days until – I’m not sure what happened but it had something to do with Nutcrackers, illnesses, and selling toys.

Anyhoo – Here’s how I manage to write quickly. 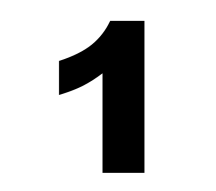 Now, there are two kinds of outlines (at least in my mind): One is writing a full, detailed outline before you start writing the novel. The other one is just scribbling down some notes before your writing session and going from there.

You just need some semblance of an idea of what you are going to write. 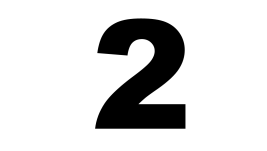 Eliminate distractions. For me this means:

Remember the Golden Rule: First drafts are supposed to suck.

DON’T EDIT OR THINK ABOUT EDITING OR ANYTHING.

Just write. Seriously. Just buckle yourself in, plug in your oxygen tank, and jump out of the spaceship.

My Nanowrimo project is an urban fantasy Beowulf retelling titled Lily’s Real Name is Leviathan. (It has a little bit of Arthur, Legend of Sigurd, and Valkyries thrown in for good measure. Oh, and of course a leviathan.)

A small town in Vermont. Grendels are back. Bodies are piling up. And Elisha knows he can never make up for how he failed.

“Out of the two of us, who do you think wins in a fight?” Brunhild said.

“So,” she leaned forward on the table. “What’s going to happen here is this: You’re going to help me locate some people, and I won’t tell Helen.”

He stared at her and pressed his thin lips closely together. Then he looked away.

“Yes, I suppose you’re right.” He stood up and put the paintbrush in some water. Brunhild waited as he took the canvas off the easel and placed it against the wall. He took another canvas, a blank one. He set it up on the easel and sat down again.

Chandler nodded. He took his brush and wiped it on a rag. He dipped it in black paint.

Header Photo by NeONBRAND on Unsplash